Poor kittens came down with an infection last week, they were very poorly with a high temperature, feeling sorry for themselves and going off their food.

Logan and Rogue went down with it first, with Missy following them the next day.

Simon rushed Logan and Rogue to the Vets last thursday, were they were given a shot of antibiotic and a liquid patch, the Laura (the Vet) then sent us home saying to keep and eye on them and if they didn’t feel better to bring them back the following day.

Needless to say they weren’t feeling better and Logans Temperature had risen, so back they went to the Vets, who decided to keep them in 😦 . Missy decided that she didn’t like being at home just with Uncle Fluffy and proceeded to come down with it as well. Another visit to the Vets, Simon’s third in two days to drop Missy off. Lauren (The other Vet) decided not to do a blood test on Missy as they had already done the other two and the results had come back negative.

The Phone call from Laura Saturday was promising, Logans Temperature had started coming down and Rogue was eating and yelling. We went to visit the kittens Saturday Afternoon, they looked happy to see us, Missy was still poorly but she was a day behind the other two. Because it was very hot outside and they still had a temperature Laura decided to keep them in another night. 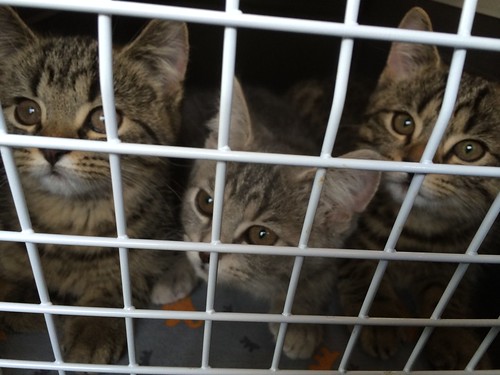 Fast forward to Sunday morning, Simon had a phone call from Laura saying please pick your babies up as they are very loud.

We don’t know what was wrong with our kittens, Laura thinks it was an infection, they fought it off by themselves and probably if it hadn’t been so hot outside they would have been alright at home, but although they could deal with one or the other, having a temperature and a heatwave was not a good combination.

They are back to normal now and getting under everyones feet but it was very worrying. 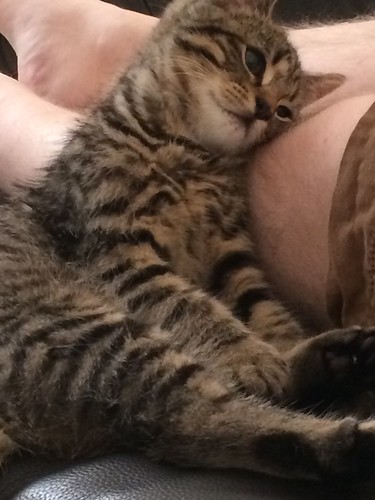 Logan having a little lean 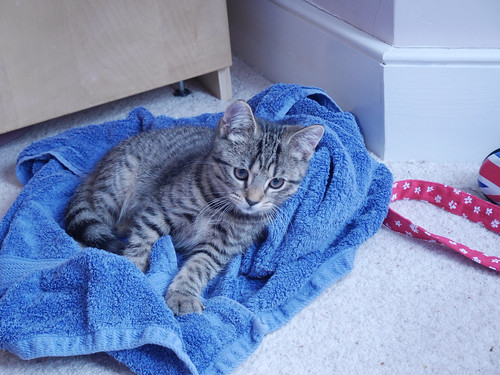 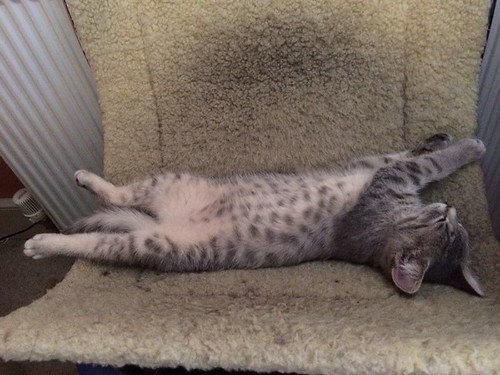 Missy, they are starting to get quite big now. 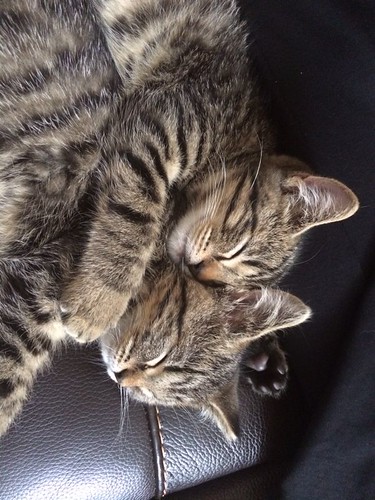 having a little cuddle