Have you ever looked at a room and thought ‘I must tidy this up’ but then not know where to start? that is my craft room, I can’t find anything in it and it has too much STUFF in it, it doesn’t matter how I rearrange it there is still too much STUFF in it.

I want to make another blouse

I bought some very pretty cotton pique from ebay 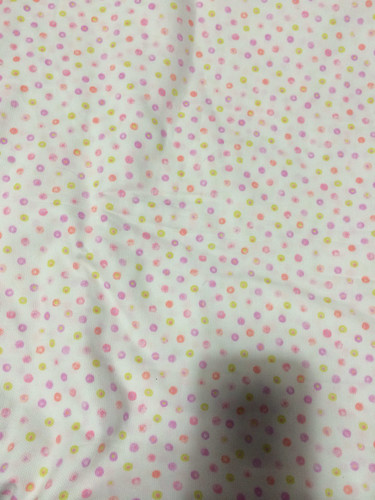 but do you think that I can find my pattern, nope, all the other patterns are accounted for in the box where they should be but not the one that I want, I’m sure that my subconscious does it deliberately, I bet it knows where my pattern is and it’s laughing at me, while it’s whispering ‘you need more shirts make one of these (even though I know you don’t know where the pattern is)’, I have been through the box twice I have had everything out of it and it isn’t there. the other think that I can’t find is the copy I made of the Gabriola skirt pattern, I have the actual skirt pattern just not the copy, but I resent having to make another copy of it when I’ve already done that.

I hate that I can’t find anything and I hate that it depresses me and stops me from doing the things I want to do. I also know that it is my own fault and I should a) stop buying things b) use what I already have and c)get rid of the stuff that I’m never going to use.

all I can say is thank god for eBooks, it doesn’t matter how many I buy they don’t take up any more room.

If you have got this far, thanks for staying with my ramble and hopefully sewing will be resuming soon

I’m on a roll this weekend, after having the surgery on my shoulder and sorting the house out to be painted, I’ve been finding it difficult to get back into my dress making, but this weekend:-

I have finished a 70s dress apart from the hem, and managed to do some more on two other dresses.

here is the 70s dress

here is a close up of the collar, I bought the fabric at Kayes Textiles during the week, it is a £2.50 poly/cotton, it is a bit stiff but it gives the dress some body, hopefully if it is sunny during the week I’ll take some photos of me wearing it.

The Saturday morning in question was two weeks ago, but like everything else I’ve been having trouble settling to anything.

I spent the morning in Leigh on Sea with my Mum, there won’t be pictures of her, she doesn’t like them.

I got up really early (well for me anyway) and went to the Butchers in Hamlet court road, Simon and I do this practically every Saturday, but normally a lot later 🙂

Simon had had an operation on his wrist, I was expecting him to sleep most of the day, so I thought I’ll go to the Bakers and the Butchers to save him going out later.

So off to Leigh at about 10.00, we were lucky and managed to get in the carpark in North Road. and then made our way round a lot of charity shops and boutiques. in the first Charity shop I found a dress it is a beautiful dress Per Una, the Marks and Spencers Brand. 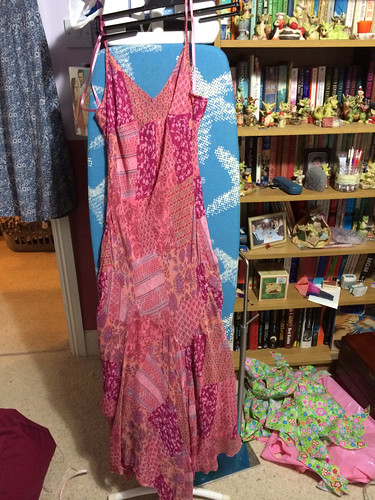 The next shop was a Sue Ryder shop in which I found two 1970s Maudella patterns for £1 each, there were more but these were the ones in my size 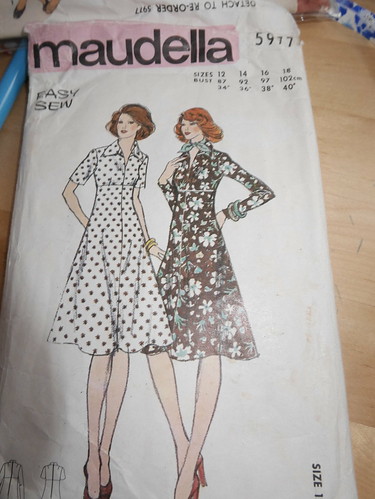 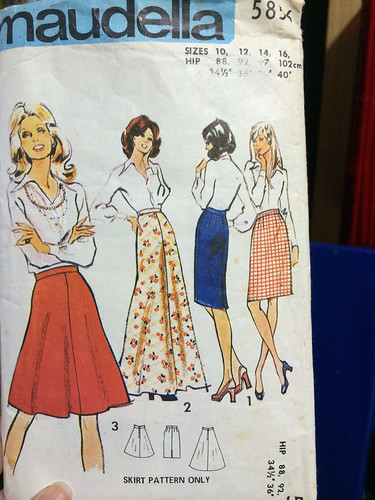 Mum got a set of coasters that were identical to a set she already had at home, except the ones she had at home had seen better days, a lot better days.

they were having a Barbeque/fate at the library, so we stopped to have lunch (a burger) and a cup cake 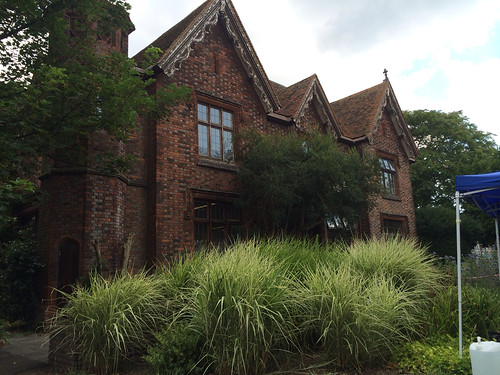 the back of the library. 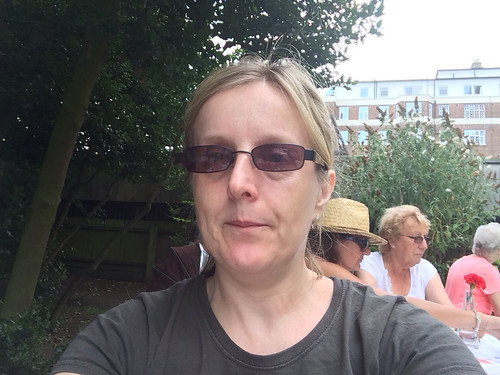 this is the best of four selfies, note to self practise more selfies.

There should be more photos but I still haven’t got into the habit of taking photos wherever I go.