Hi, like many of my posts at the moment, this one is running a little late. This should have been written and posted nearly two weeks ago.

Usually I just go to the knitting and stitching show at Olympia earlier in the year, however this year my Mum was unable to go due to illness, so I thought we could go to Alexandra Palace.

I looked up travel by train or by car, I talked to some people who had done the trip and it was generally agreed that it was a bit of a pain, Mum had a Cooks Coaches brochure, which said they did a trip £25, fine I thought it was going to cost £22 going by train, at this point I thought I was paying for the entrance separately. I phoned them to book the coach and it was all inclusive, bargain!

We arrived early at the bus stop behind Sainsburys, the coach arrived exactly on time, 8:50, seats were assigned, we then took a trip through Westcliff, Leigh, Hadleigh and Pitsea, arriving at Ally Pally at the early time of 10:40.
The coach park is actually the other side of Ally Pally so you have to walk all the way round to get to the entrances, what was slightly worrying is that there were two separate sets of toilets on the way round, did this mean there were no toilets inside or that they were catering for the small bladdered? the toilets inside were fine, I can only assume that because so many people arrived by public transport they were worried about them lasting the whole way round the building. 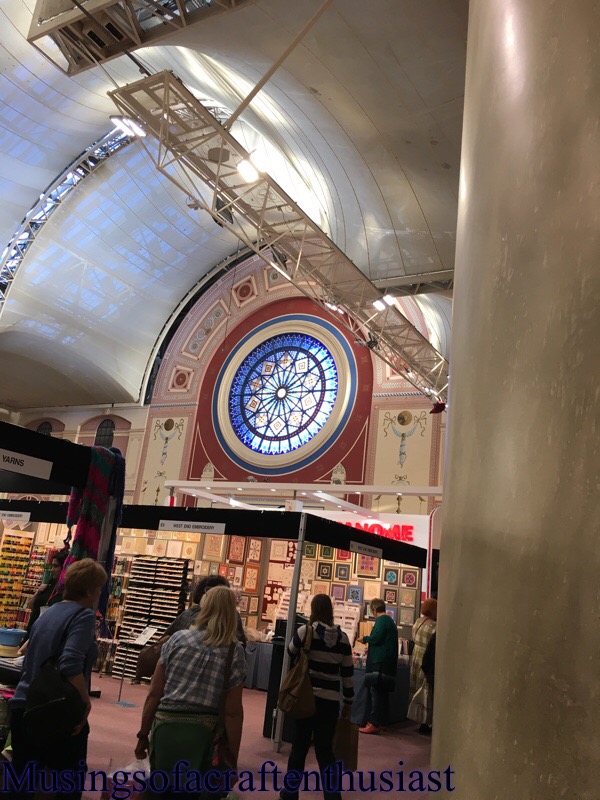 It had a lot more exhibitions than Olympia and I got the impression that maybe it was affiliated with a local college/university there were some beautiful stuff there but there was also a lot of ‘oh my god what did you think you were doing.’ 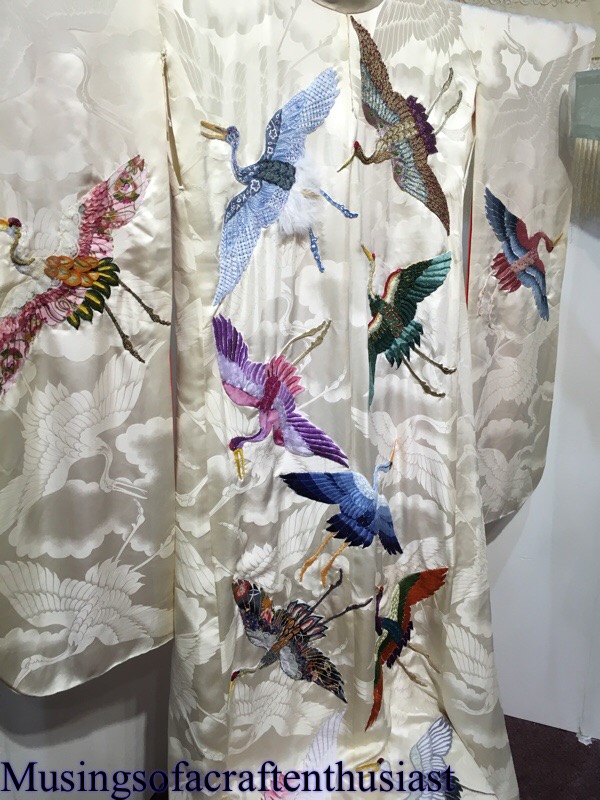 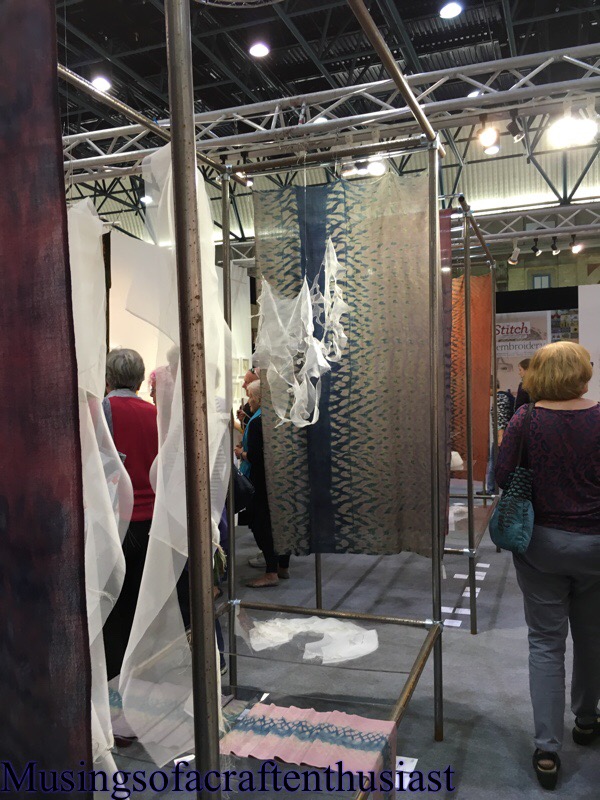 The show was set out with the wool first, and as usual there were a lot of merino, lama and Alpaca all lovely wools but lost on me, Mum was very happy looking at it though.

we stopped at 12:00 for tea and cake, little bit early for lunch……I don’t know how expensive it was Mum paid, but there was a very nice and energetic man seating people.

The second half was the dressmaking  stuff, unlike Olympia quite a lot of sewing machine people were there, what I would call the more expensive, there was also quilting machined and one that was set to embroider by its self.

We stopped for lunch about 2:00 by that time we were quite happy to sit down and take a load of our feet.

I bought two more storage boxes, one for cotton for my overlocker and one for the normal cotton as I had already filled one up. I bought 6 lengths of fabric one is a definite blouse, I wanted something slightly out of my comfort range but not too bad, I think I did pretty well. 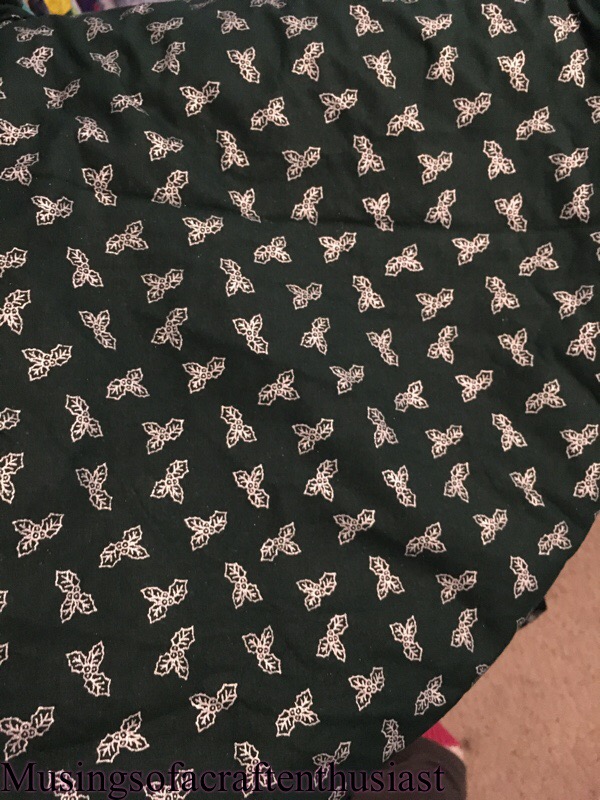 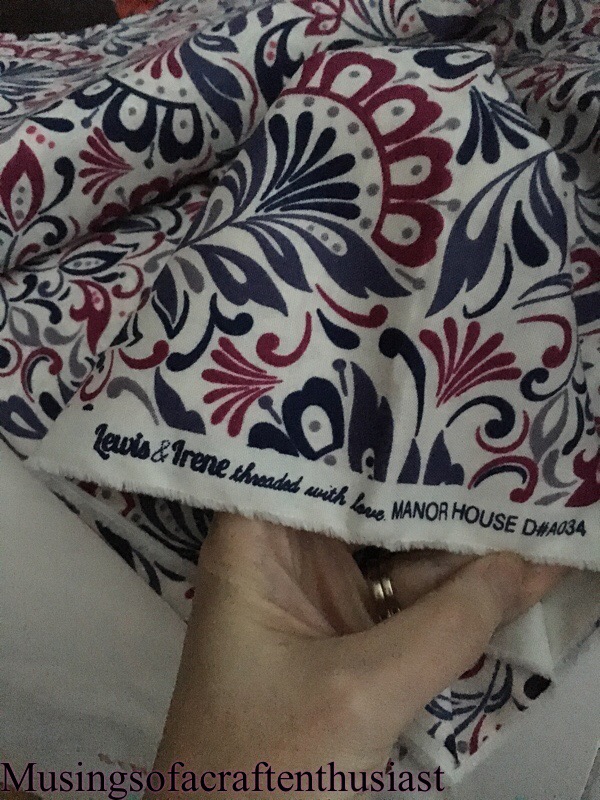 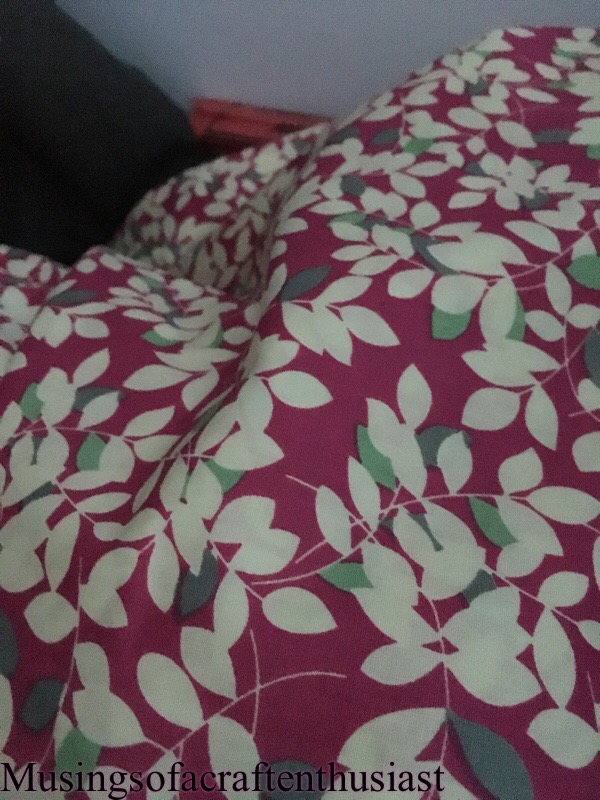 Mum bought a length of fabric for a skirt, some wool for a jumper and some other wool for a shawl, she also bought a dress, top and scarf combo.

I will admit by the time it got to 4:30, which was when the driver was opening up the coach we were ready to go home, though just as we were about to leave we found a third bit to look at, luckily it was mainly exhibits and a few stalls so we quickly walked around them.

we arrived back at the coach at about 4:40 and all of us were back by 4:50 so we left a little bit earlier than expected, it took about 2hrs 30 to get home, not much longer that the train at that time from Olympia, Simon met the coach and carried all our stuff home.

All in all I thoroughly recommend getting the coach and wouldn’t hesitate to use it again.

Posted on 22/10/2015, in vintage dress making and tagged knitting and stitching show. Bookmark the permalink. Leave a comment.