I’ve just got back from a trip to New York, which is why I’m a bit late in posting, withe Florida I had time to sit back in the evening and take total advantage of the free WiFi, so I could post as I went along, the WiFi in our hotel was a bit slow and not free!!

We flew out of Heathrow, the Premium economy isn’t as good for New York as for Florida, I assume it is something to do with the size aeroplane, it seemed smaller and more cramped. we were driven over to Manhattan in a cab with the smallest amount of legroom ever.

I should have taken some photos on the way over but I had left my camera in my carry on, which was in the boot of the car. This is my 4th/5th trip out and I always smile on seeing the ‘spaceships’ from Men in Black (1965 worlds fair observation decks)

We stayed in a hotel near Central park and we had a few things that we had listed to do. Number one was go and get pizza at Angelos, which we did on the first day and fourth and fifth days.

day 1, it was raining, usually when we go to New York it is dry and sunny for most of the holiday and rains on the last day, this year it was the other way way round. It was forecast to rain the whole time we were out there but we were lucky it just rained on the Friday.

We walked down over to Macy’s, stopping at Gap on the way, Simon likes their Jeans. Because of the poor exchange rate and the fact we had already spent quite a bit of money earlier in the year, we weren’t planning on spending too much. 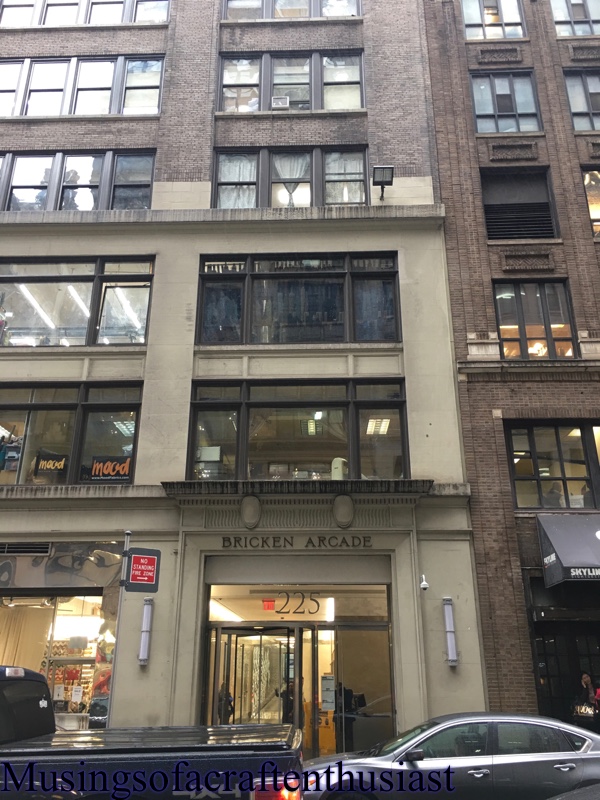 I did however go to Mood fabrics, wow!! I have never seen so much fabric in one place, it is on 3 floors and the fabric is floor to ceiling, there are a lot of staff, so you find the fabric you want and they cut it for you and price it up as you go along, then once you are finished you take your ‘pile’ of fabric to the front desk on the 3rd floor and they tot it up and Simon hands over his credit card, obviously he wouldn’t do that for just any one, only me. 🙂 that trip I bought some denim and a piece of silk crepe, I did have something in mind for each bit I bought. 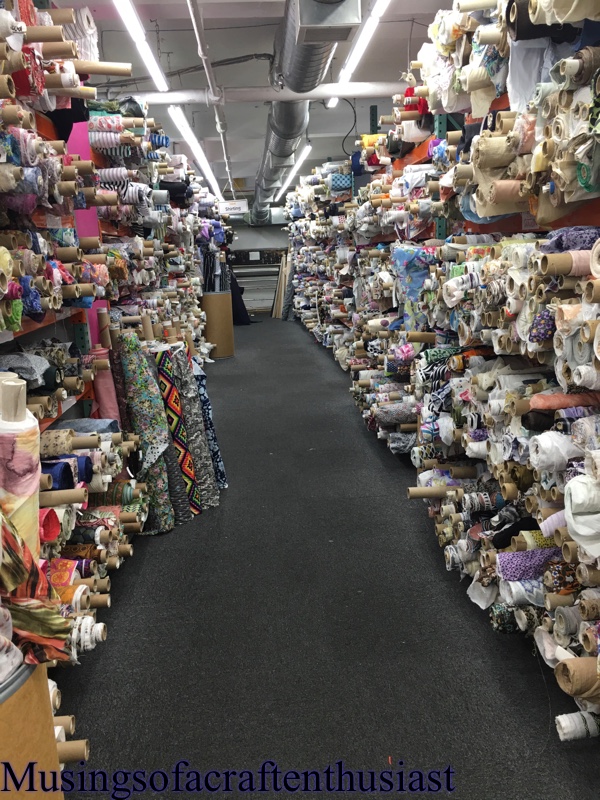 For dinner that day we went to Red Lobster, we had discovered a liking for crab legs while in Florida and Simon found a Red Lobster just off Times Square, yippee!!

Posted on 12/10/2016, in vintage dress making. Bookmark the permalink. Leave a comment.