Tuesday was Animal Kingdom we had a quick breakfast at Denny’s so we could get to our first fastpass which was Kilimanjaro Safaris, it was raining again as we got out of the car so straight into ponchos, which are far easier to get into if you start off dry 🙂

By the time we had got from the car to the park it had stopped raining but the humidity had gone right up, ‘just like a real rainforest – probably’ 🙂

The same as last year Animal Kingdom was fantastic we did Kilimanjaro safari again, Kali River Rapids and we also stayed to watch the Rivers of Light which is the new late night show. We saw the Gorillas and Colobus Monkeys.

We had dinner at the park Flametree Bar-b-que place.

The new light show was very colourful and relied on projections onto spray of waters it showed animals jumping from one stream to to another. 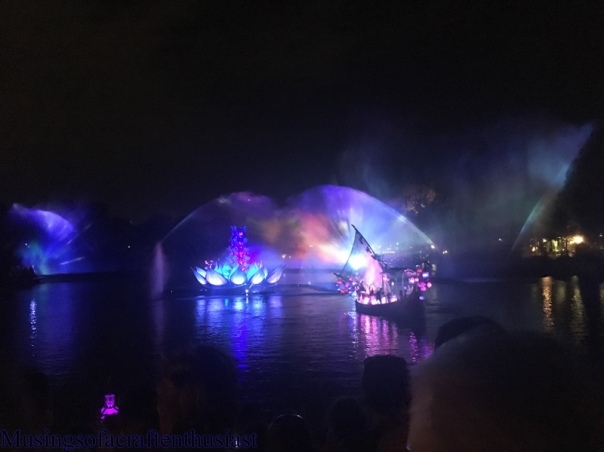 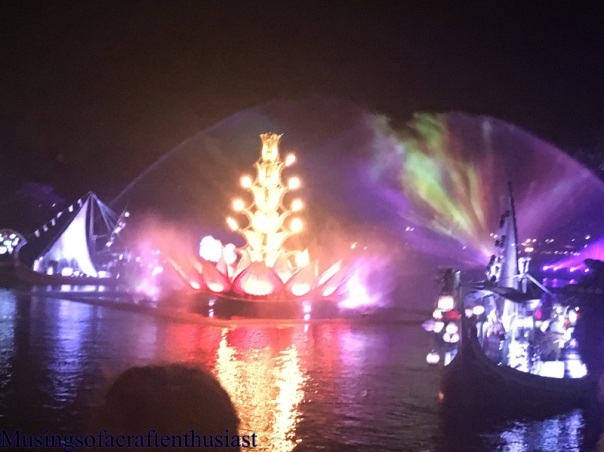 We had an early start on the Wednesday we had early access Park Ticket to Universal which meant we could get in at 8am, we didn’t actually get to the the park until 8:30 but it still meant we could get onto the Harry Potter – Forbbiden Journey ride, which Simon adores. We went on it twice in quick succession. Then after travelling on the train to King’s Cross we went to the leaky Cauldron for a rather expensive greasy breakfast.

After breakfast we looked around Diagon Alley then went on the Men in Black ride which was great fun, we also went on the minions ride, shrek 4d, transformers and Spider-Man.