Denise and I have decided on our next sewing project, Butterick 5920, it is a Retro Butterick pattern apparently from 1951. 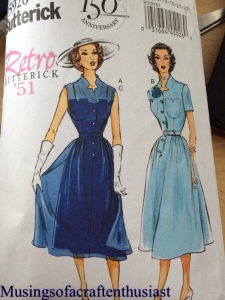 we have spent the last couple of weeks on fitting the top half of Denise’s dress, which we have managed to do quite satisfactorily (well we hope anyway)

we have had a look round on the web at other peoples versions of the dress mainly because we weren’t convinced about the boob pockets, as Denise pointed out what would you keep in them and I’m not sure that you would be able to keep them as flat as shown on the front of the packet.

last week we go all the pattern pieces cut out, Denise is using a lovely Blue Cotton with white stars and dots, bought locally at Kayes Textiles. 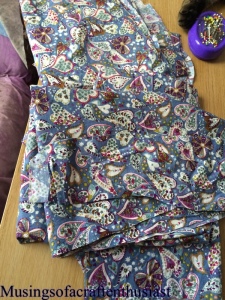 should have an update on this later in the week.